“Rapid is not something that describes enough how fast and how crazy and hectic things are moving forward in cyberspace and I think we will remember this last month and May 2020 as a changing point in the history of modern cyber warfare,” he said in a video address to CybertechLive Asia, a digital international cyber conference.

“If the bad guys had succeeded in their plot we would now be facing, in the middle of the Corona crisis, very big damage to the civilian population and a lack of water and even worse than that,” he added. 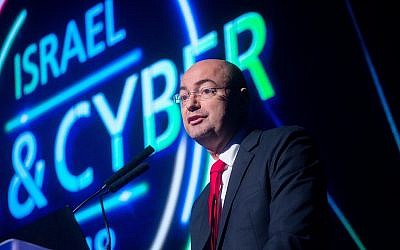 Israel and Iran are bitter foes who have engaged in years of covert battles that have included high-tech hacking and cyber attacks. Most famously, US and Israeli intelligence agencies are suspected of unleashing a computer worm called Stuxnet years ago in an attempt to disrupt Iran’s nuclear program.

But Unna said the attempted hacking into Israel’s water systems marked the first time in modern history that “we can see something like this aiming to cause damage to real life and not to IT or data.”

Had Israel’s National Cyber Directorate not detected the attack in real time, he said chlorine or other chemicals could have been mixed into the water source in the wrong proportions and resulted in a “harmful and disastrous” outcome. His office released a brief statement after the attempt, acknowledged it had been thwarted and no damage had been caused. But Unna’s comments marked the first official detailed account of what happened.

“It is a part of some attack over Israel and over the national security of Israel and not for financial benefit,” he said. “The attack happened but the damage was prevented and that is our goal and our mission. And now we are in the middle of preparing for the next phase to come because it will come eventually.”

Bitcoin, Gold, Silver, and Ethereum Can All Serve as Inflation Hedges0 Total Shares

Why your A.I. is only as good as your data0 Total Shares

Where AI will go wrong in 20220 Total Shares