If efforts by states and cities to pass privacy regulations curbing the use of facial recognition are anything to go by, you might fear the worst for the companies building the technology. But a recent influx of investor cash suggests the facial recognition startup sector is thriving, not suffering.

Facial recognition is one of the most controversial and complex policy areas in play. The technology can be used to track where you go and what you do. It’s used by public authorities and in private businesses like stores. But facial recognition has been shown to be flawed and inaccurate, often misidentifies non-white faces, and is disproportionately affects communities of color. Its flawed algorithms have already been used to send innocent people to jail, and privacy advocates have raised countless concerns about how this kind of biometric data is stored and used.

With the threat of federal legislation looming, some of the biggest facial recognition companies like Amazon, IBM and Microsoft announced they would stop selling their facial recognition technology to police departments to try to appease angry investors, customers, and even their own employees who protested the deployment of such technologies by the U.S. government and immigration authorities.

The pushback against facial recognition didn’t stop there. Since the start of the year, Maine, Massachusetts and the city of Minneapolis have all passed legislation curbing or banning the use of facial recognition in some form, following in the steps of many other cities and states before them and setting the stage for others, like New York, which are eyeing legislation of their own.

In those same six or so months, investors have funneled hundreds of millions into several facial recognition startups. A breakdown of Crunchbase data by FindBiometrics shows a sharp rise in venture funding in facial recognition companies at well over $500 million in 2021 so far, compared to $622 million for all of 2020.

About half of that $500 million comes from one startup alone. Israel-based startup AnyVision raised $235 million at Series C earlier this month from SoftBank’s Vision Fund 2 for its facial recognition technology that’s used in schools, stadiums, casinos and retail stores. Macy’s is a known customer and uses the face-scanning technology to identify shoplifters. It’s a steep funding round compared to a year earlier when Microsoft publicly pulled its investment in AnyVision’s Series A following an investigation by former U.S. attorney general Eric Holder into reports that the startup’s technology was being used by the Israeli government to surveil residents in the West Bank.

Paravision, the company marred by controversy after it was accused of using facial recognition on its users without informing them, raised $23 million in a funding round led by J2 Ventures.

Last week, Clearview AI, the controversial facial recognition startup that is the subject of several government investigations and multiple class-action suits for allegedly scraping billions of profile photos from social media sites, confirmed to The New York Times it raised $30 million from investors who asked “not to be identified,” only that they are “institutional investors and private family offices.” That is to say, while investors are happy to see their money go toward building facial recognition systems, they too are all too aware of the risks and controversies associated with attaching their names to the technology.

Although the applications and customers of facial recognition wildly vary, there’s still a big market for the technology.

Many of the cities and towns with facial recognition bans also have carve-outs that allow its use in some circumstances, or broad exemptions for private businesses that can freely buy and use the technology. The exclusion of many China-based facial recognition companies, like Hikvision and Dahua, which the government has linked to human rights abuses against the Uighur Muslim minority in Xinjiang, as well as dozens of other startups blacklisted by the U.S. government, has helped push out some of the greatest competition from the most lucrative U.S. markets, like government customers.

But as facial recognition continues to draw scrutiny, investors are urging companies to do more to make sure their technologies are not being misused.

In June, a group of 50 investors with more than $4.5 trillion in assets called on dozens of facial recognition companies, including Amazon, Facebook, Alibaba and Huawei, to build their technologies ethically.

“In some instances, new technologies such as facial recognition technology may also undermine our fundamental rights. Yet this technology is being designed and used in a largely unconstrained way, presenting risks to basic human rights,” the statement read.

It’s not just ethics, but also a matter of trying to future-proof the industry from inevitable further political headwinds. In April, the European Union’s top data protection watchdog called for an end to facial recognition in public spaces across the bloc.

“As mass surveillance expands, technological innovation is outpacing human rights protection. There are growing reports of bans, fines and blacklistings of the use of facial recognition technology. There is a pressing need to consider these questions,” the statement added. 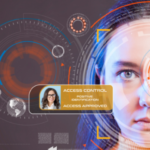