“Generalized self-driving is a hard problem, as it requires solving a large part of real-world AI. Didn’t expect it to be so hard, but the difficulty is obvious in retrospect.”

This is what Tesla CEO Elon Musk wrote in a Tweet last month, backtracking on his comment saying that by 2020, there would be “over a million cars with full self-driving, software, everything.”

Yet, to Musk’s apparent surprise, achieving fully autonomous driving is a lot more complicated than one might think. Apart from the countless technological obstacles, we also need to consider issues such as cybersecurity, regulatory restrictions and wider-scale infrastructural necessities.

It’s time to put the brakes on the autonomous vehicle (AV) hype, as there’s still a long road ahead before we will all be able to cruise in a fully self-driving car.

Before delving into the technological speed bumps on the road to autonomy, it would be useful to first establish the classification of AVs.

The levels for self-driving cars range from 0 to 5, level 0 being pretty straightforward. This is used to describe traditional cars with no level of autonomy. From there on, the taxonomy can get a little technical, mostly because companies have a tendency to bend descriptions to suit their own needs, for instance when they promote their own new technology.

When you cut through the technobabble, the standard documentation for AVs is promulgated by the Society of Automotive Engineers (SAE) and is reasonably straightforward.

Level 1 indicates that the driver is in control of the car from the start to the end of the journey. The partly automated driving support system is limited to brake or acceleration support, but not both. Examples include lane centring or adaptive cruise control.

At level 2, the driver is also in control of the car from start to end of the journey. However, the partly automated driving support system is limited to both brake and acceleration support. Examples include lane centring simultaneously with adaptive cruise control. A prominent example of level 2 technology is Tesla’s AutoPilot function.

Level 3 indicates that the driver is no longer responsible for driving the car when the specified automated driving features are engaged, but the driver must reassume responsibility for handling the vehicle when the features request it.

AVs with level 1 through 3 autonomy require a human driver and will often co-share the driving task, meaning that human drivers and automation of the car are supposed to work together while operating the vehicle. These types of cars are properly described as semi-autonomous vehicles rather than autonomous vehicles and typically contain a variety of automated add-on’s that are known as Advanced Driver-Assistance Systems.

Starting at level 4, we can speak of fully self-driving cars. At this level, the driver is not responsible for driving the car or expected to take over when the automated driving features are in use. However, for level 4, these automated features can only be used in specific geofenced areas.

A fully self-driving car classified at level 5 does not currently exist. In this category, the car would be able to drive itself in any location without the need for any human interference at all.

Meanwhile, the level 4 efforts are gradually trying to get some traction by undergoing very narrow and selective public roadway trials, but the rollout is slow.

“The leap from level 4 to level 5 is huge. It’s a quantum leap,” explains Calum Macrae, head of automotive R&A at GlobalData. “It’s not just so I could take in the microcosm of being autonomous. It’s about being autonomous anywhere.”

GlobalData’s thematic analysis points out that part of the challenge is the relative ease with which SAE levels 1 and 2 were developed. Using current technology, those systems were fairly straightforward to develop, which led to the assumption that the evolution of fully self-driving cars would increase in a linear manner.

In reality, the picture is much more complicated. SAE levels 4 and 5 are exponentially harder to develop.

Experts point out that the technology required for fully autonomous vehicles that do not need any human supervision is still not mature enough. These vehicles require processing power orders of magnitude greater than what is usually found in modern vehicles, banks of expensive sensors with multiple points of redundancy, and an infallible software system that handles the driving task while ensuring the safety of occupants and pedestrians.

After some original equipment manufacturers (OEMs) such as General Motors and Honda made ambitious multi-billion-dollar bids on autonomous technology, we are now seeing a more cautious tone emerge. Orme predicts that fully self-driving cars are still a decade away.

Charles Sevior, CTO for unstructured data solutions at Dell, also tells Verdict that we are 10 years away from level 5 autonomy.

Meanwhile, Thomas Dannemann, director of product marketing at Qualcomm takes a more optimistic stance and predicts that fully autonomous vehicles will hit the road in “the second half of this decade”.

Autonomous cars are likely going to be tomorrow’s transport, but there will be some time yet before you can enjoy a coffee and croissant while reading the daily news from the back of a self-driving vehicle.

AI has become a design problem 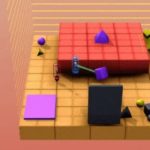