The global Artificial Intelligence market is calculated to boast $190.61 billion in 2025. This suggests the massive use of the technological and software developments being integrated into the execution of AI. And Python development services being ranked as the ever upgrading best programming language will hold an integral post in AI’s future. AI development services fuelled real-world applications, programmed with the ease of Python, are soon going to revolutionise the life of millennials.

Considering such significant roleplay between AI and Python, it’s time to understand their relationship in detail. Therefore, Let’s begin.

Comparison of Python with other programming languages

Although Java is faster to run and easier to debug statistically typed and compiled language, Python has surpassed it in ranking because of its ease of use and easy to read. Therefore, although technically Java should be the first choice for curating high-end applications, Python is the preferred choice for many Python development companies and developers.

Reasons for using Python for AI

Now that we have understood why Python is better than C++ and Java for artificial intelligence, it’s time to comprehend the reasons why any AI development company use Python for AI.

Python has innumerable AI libraries to meet the demand of different cases. Python AI libraries make robotics and expert system development much easier and accessible to all Python developers. As a result, it reduces the work pressure and improves the speed, thus saving time. Python plays a significant role in AI coding by providing a good framework and easy-to-use visualisation tools. Apart from this, its super-fast prototyping makes it the most popular language as compared to its competitors.

AI involves an immense amount of research. This means there is no need to waste time and effort as compared to the heavy boilerplate codes of Java to test the hypothesis. If Java is used, the deadlines of the project can never be met. Whereas the use of Python will validate the code in 2–30 lines. Thus proved, Python is the best programming language for A, despite the high cost attached to it.

If this piece of content interests you, and you wish to acquaint yourself with more of such helpful information, visit us regularly. We have a plethora of information related to multiple technical goals met using Python as the prime computer programming language. 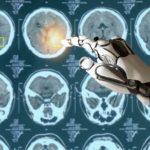