The White House issued a call for artificial intelligence systems to be developed with built-in protections Tuesday, even as the tech industry barrels forward in an AI free-for-all.

Why it matters: Automated systems can influence or even determine important aspects of Americans’ lives, including healthcare, employment, housing and education. In the U.S., government regulations covering the new technology remain minimal or nonexistent.

Driving the news: The Blueprint for an AI Bill of Rights, released Tuesday by the Office of Science & Technology Policy, describes 5 principles that should be incorporated into AI systems to insure their safety and transparency, limit the impact of algorithmic discrimination, and give users control over data.

The report details real-world consequences of failures to put such principles into practice.

Our thought bubble: The White House is late to this party. Many others have already weighed in with recommendations on AI best practices, including other governments, human rights groups and tech companies.

Flashback: In 2020, the Trump administration outlined 10 regulatory principles for agencies writing rules for the technology, warning against over-regulating the systems.

What they’re saying: In a call with reporters, senior administration officials described the principles as part of President Biden’s commitment to tech accountability.

Yes, but: The principles don’t carry the force of law.

The big picture: The tech industry is divided between some companies that say they are seeking to develop AI responsibly and others that believe in advancing the technology as quickly as possible regardless of potential problems. 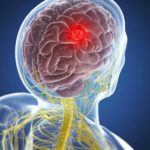 AI Used to Determine Cause of Alzheimer’s and Related Disorders