A Beginner’s Guide To The Internet Of Things (IoT) 2021

We are able to turn on the lights in our homes from a desk in an office miles away. The built-in cameras and sensors embedded in our refrigerator let us easily keep tabs on what is present on the shelves, and when an item is close to expiration.

We are able to turn on the lights in our homes from a desk in an office miles away. The built-in cameras and sensors embedded in our refrigerator let us easily keep tabs on what is present on the shelves, and when an item is close to expiration. When we get home, the thermostat has already adjusted the temperature so that it’s lukewarm or brisk, depending on our preference.

These are not examples from a futuristic science fiction story. These are only a few of the millions of frameworks part of the Internet of Things (IoT) being deployed today.

IoT has redefined the way we interact, communicate, and go about our daily work. From homes to maintenance to cities, the IoT ecosystem of devices is making our world smarter and more efficient.

In this guide, we will walk you through everything you need to know about the increasingly connected world of IoT. This guide discusses in-depth:

What is the Internet of Things (IoT)?

Broadly speaking, the Internet of Things (IoT) encompasses all physical objects – i.e. “things” – that connect to the internet and to other devices.

The definition of IoT is evolving, as the term is increasingly being used to describe objects that interact and “speak” to one another, so we can have the opportunity to be more efficient in how we do things.

More specifically, IoT devices are characterized by their ability to gather data on their surroundings, share this data with other electronic devices, and ultimately, help us, the end-user gain information, solve an issue, or complete a task.

To visualize the concept, think of a time you’ve gone to the restroom in a hotel, and the light has turned on by itself. Ever wonder how that happened? There is probably a motion detection sensor there that detects movement, which automates and connects to the light to turn it on.

This is only one of the simplest forms of an IoT solution, as the technology is now being used to create larger ecosystems such as smart homes and smart cities. If you read your emails through a voice-controlled virtual assistant, measure your steps and heartbeat with a smartwatch, or control your security system through your mobile phone, you’re benefiting from IoT solutions on a daily basis.

The History of the Internet of Things (IoT)

The term Internet of Things was originated by Kevin Ashton in 1999, but the idea has been around for much longer and dates back to the early 80s with a Coca-Cola machine at Carnegie Mellon University.

A group of students from the university designed a system to get their campus Coca-Cola vending machine to report on its contents, so they could avoid the trouble of having to check if the machine was out of Coke. Aside from the inventory report, they were also able to make the machines let them know whether newly loaded drinks were cold or not.

Later, In 1990, John Romkey connected a toaster to the internet for the first time. Not long after, another group of students at the University of Cambridge used a web camera to monitor the amount of coffee available in their computer labs.

Then, finally, in 1999, the term Internet of Things was founded by Kevin Ashton during his presentation for Procter & Gamble, a multinational consumer goods corporation. When working there as a brand manager, Ashton had been assigned to help launch a line of cosmetics. He noticed that a specific shade of brown lipstick always seemed to be sold out, although many employees part of the supply chain would report that color as available in the warehouse. So, Ashton gave an “Internet of Things” presentation and suggested that each product has a radio frequency identification (RFID) tag that allows the identification and tracking of specific objects throughout the supply chain.

By the late 2000s to early 2010s, organizations around the world were starting to become really excited about the Internet of Things – similar to how they’re getting enthusiastic about AI and machine learning today. The International Business Machine (IBM) corporation started to work on a Smarter Planet program, McKinsey began publishing studies on the condition of the Internet of Things technology, and in 2011, Cisco announced that the IoT was “born” around 2008 and 2009 when more machines or objects were linked to the web than there were people on the earth.

The Internet of Things (IoT) was originally most interesting to business and industrial development, where its usage is often referred to as machine-to-machine (M2M), but the focus has shifted on filling our homes and workplaces with smart devices, bringing benefits to almost everyone. As of right now, there are as many as 35 billion IoT devices installed all over the world – and the prospect by the end of 2021 is that the number will reach 46 billion.

Depending on their usage, we divide IoT devices into four main categories: consumer, organizational, industrial, and infrastructure applications.

The consumer IoT refers to the dozens of personal devices, including smartphones, wearable technology, fashion products, and an increasing range of household appliances, that are linked to the internet, continuously gathering and distributing information.

In organizational settings, IoT is mostly widespread in the medical and facilities management field. Specifically, IoT devices are being used for remote monitoring and for creating emergency notification systems for people, buildings, and assets. The COVID-19 pandemic has also urged the use of IoT for smart cleaning and smart occupancy so that workplaces of all types can return to the office with the help of technology.

The Internet of Things Ecosystem: How Does IoT Work?

IoT operates over a boundless network, and thus it requires various components to form a cohesive system. We divide these components into three main categories: input, analytics, and output.

First, you need a device that gathers input from the real world. This is usually done through sensors that work to gather real-time data from their surrounding environment. They’re also often called “detectors”, as their main purpose is to detect the slightest changes in their surroundings. For example, Smart ACs or thermostats work through a detector that is able to sense room temperature and humidity and adjust accordingly.

More often than not, these sensors/detectors can also be bundled together as part of a device that does more than just sense things: phones are made up of several sensors such as GPS, camera, compass, fingerprint detection, to help us perform a handful of tasks.

For the sensor to connect to other devices, and ultimately turn data into action, it needs a “medium of transport”, which is connectivity. Connectivity is responsible for transferring data into the online world. Some of the most popular IoT wireless protocols and standards include Bluetooth, Wi-Fi, DDS, cellular BLE, Z-wave, etc. The choice of the network depends on several factors, such as the desired speed of data, transfer, range, power consumption, and overall efficiency of the network.

After data has been collected and has traveled to the cloud through a communication medium, it needs to be processed. This is the second component of the IoT ecosystem, where all of the “smart stuff”, i.e. context and analytics, takes place. The basic role of analytical tools is to investigate a situation and form a decision based upon the insight. This can be as simple as analyzing when a room’s temperature falls within the desired range, or as complex as, for example, a car that’s close to a crash.

The very last element of the IoT system is the end-user device or user interface. This is the visible device or application a user uses to access, control, and set their preferences. A user-friendly and attractive design is a major consideration in today’s IoT world. Companies are continuously working on the integration of convenient tools, such as touch interfaces, or the use of colors, font, voice, to put themselves on solid footing for a great customer experience.

In order for objects to be connected to each other and IoT to come to life, there must be a device that gathers the information that will be transmitted (the input). As we’ve mentioned, for many applications, this is done through sensors.

Just what sensors are collecting depends on the individual device and its task. But broadly speaking, sensors are tools that detect and respond to environmental changes, which may come from a variety of sources such as light, temperature, pressure, and motion.

Because of the wide range of inputs IoT sensors are able to gather, they’re being used extensively in various fields, and have become crucial to the operation of many of today’s businesses. One of the most pivotal benefits of these sensors is their ability to trigger analytical functions that warn you of potential issues, which allows businesses to perform predictive maintenance and avoid costly damages.

To exemplify the value of IoT sensors, let’s take our wireless sensors at Disruptive Technologies as case studies. We offer small ingenious sensors for humidity, temperature, water detection, touch, and remote monitoring of your buildings & assets.

Shaping the Future of the Internet of Things 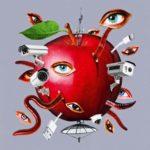 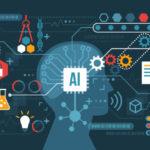 Understanding The Artificial Intelligence of Things 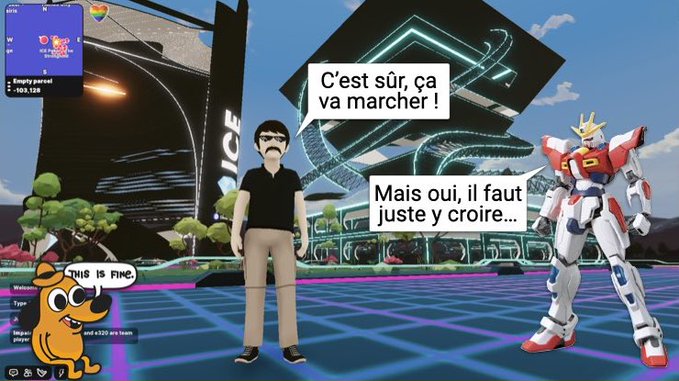