Most of the public discourse around artificial intelligence (AI) policy focuses on one of two perspectives: how the government can support AI innovation, and how the government can deter its harmful or negligent use. Yet there can also be a role for government in making it easier to use AI beneficially—in this niche, the National Science Foundation (NSF) has found a way to contribute. Through a grant-making program called Fairness in Artificial Intelligence (FAI), the NSF is providing $20 million in funding to researchers working on difficult ethical problems in AI. The program, a collaboration with Amazon, has now funded 21 projects in its first two years, with an open call for applications in its third and final year. This is an important endeavor, furthering a trend of federal support for the responsible advancement of technology, and the NSF should continue this important line of funding for ethical AI.

WHAT IS THE NSF’S FAIRNESS IN AI PROGRAM?

The FAI program is an investment in what the NSF calls “use-inspired research,” where scientists attempt to address fundamental questions inspired by real world challenges and pressing scientific limitations. Use-inspired research is an alternative to the traditional “basic research,” which attempts to make fundamental advances in scientific understanding without necessarily a specific practical goal. NSF is better known for basic research in computer science, where the NSF provides 87% of all federal basic research funding. Consequently, the FAI program is a relatively small portion of the NSF’s total investment in AI—around $3.3 million per year, considering that Amazon covers half of the cost. In total, the NSF requested $868 million in AI spending, about 10% of its entire budget for 2021, and Congress approved every penny. Notably, this is a broad definition of AI spending that includes many applications of AI to other fields, rather than fundamental advances in AI itself, which is likely closer to $100 or $150 million, by rough estimation.

The FAI program is specifically oriented towards the ethical principle of “fairness”—more on this choice in a moment. While this may seem unusual, the program is a continuation of prior government funded research into the moral implications and consequences of technology. Starting in the 1970’s, the federal government started actively shaping bioethics research in response to public outcry following the AP’s reporting on the Tuskegee Syphilis Study. While the original efforts may have been reactionary, they precipitated decades of work towards improving the biomedical sciences. Launched alongside the Human Genome Project in 1990, there was an extensive line of research oriented towards the ethical, legal, and social implications of genomics. Starting in 2018, the NSF funded 21 exploratory grants on the impact of AI on Society, a precursor to the current FAI program. Today, it’s possible to draw a rough trend line through these endeavors, in which the government is becoming more concerned with first pure science, then the ethics of the scientific process, and now the ethical outcomes of the science itself. This is a positive development, and one worth encouraging. 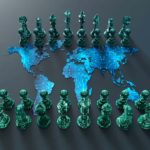 Ukraine invasion: How a digital cold war with Russia threatens the IT industry 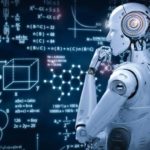 Artificial Intelligence can now be an Inventor: Where to from Here? 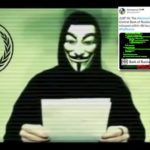 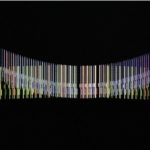 Blockchains Have a ‘Bridge’ Problem, and Hackers Know It 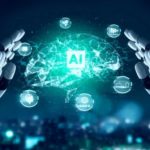