Cybersecurity spending boosted as Australia targeted by online attacksThe Federal Government wants to create more than 500 new jobs in its highly secretive cyber intelligence agency as part of what it says is Australia’s largest-ever investment in cybersecurity. Key points: The $1.35 billion package includes $31 million to improve the Australian Signals Directorate’s

The Federal Government wants to create more than 500 new jobs in its highly secretive cyber intelligence agency as part of what it says is Australia’s largest-ever investment in cybersecurity.

Prime Minister Scott Morrison announced $1.35 billion in existing defence funding would be spent over the next decade to boost the cybersecurity capabilities of the Australian Signals Directorate (ASD) and the Australian Cyber Security Centre (ACSC).

It followed Mr Morrison’s public warning earlier this month that Australian governments, businesses and political organisations were coming under an escalating series of cyber attacks from a sophisticated “state-based” hacker.

The PM did not blame any one country for the activity, although it is understood Australian authorities believe China is responsible.

“My Government’s record investment in our nation’s cybersecurity will help ensure we have the tools and capabilities we need to fight back and keep Australians safe.”

“For example, this package will enable ASD and Australia’s major telecommunications providers to prevent malicious cyber activity from reaching millions of Australians by blocking known malicious websites and computer viruses at speed,” she said.

Amid warnings of a cybersecurity skills shortage in Australia, $470 million would also be used to create more than 500 new jobs within ASD.

The Government said further details would be revealed when it released its 2020 Cyber Security Strategy, a plan Labor has previously accused the Coalition of taking too long to finalise.

Senator Reynolds said the package was part of an overall $15 billion spend on cyber and information warfare capabilities over the next decade, to be outlined in Defence’s upcoming 2020 Force Structure Plan.

The Government believes the nation is facing political and economic coercion. Its assessment is that there can be no backdown; retreat under pressure, and that pressure will only intensify, write Andrew Probyn and Stephen Dziedzic.

“There are about $500 million in this package here today where the Government says, ‘We’ll tell you later, when we deliver our cybersecurity strategy, what we’re actually going to do with that money,'” she said.

“It’s not entirely clear how much of this is new money. It does seem to be coming from the Defence portfolio, and could well be a reallocation.”

Senator Keneally said the investment needed to be backed up by a new cybersecurity plan, noting the last plan expired earlier this year.

“We need to treat cybersecurity like it is a public health issue,” she said.

“That is, the Government has a critical leadership role to play in ensuring that the environment and the context in which we’re operating is as strong as it can be.” 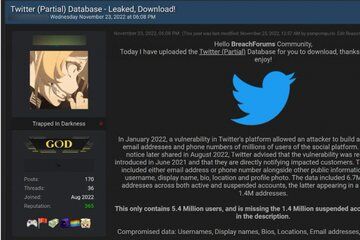