Bitdefender researchers have recently found the APT group StrongPity has been targeting victims in Turkey and Syria. Using watering hole tactics to selectively infect victims and deploying a three-tier C&C infrastructure to thwart forensic investigations, the APT group leveraged Trojanized popular tools, such as archivers, file recovery applications, remote connections applications, utilities, and even security software, to cover a wide range of options that targeted victims might be seeking.
The data gathered while investigating this group suggests the attackers are interested especially in the Kurdish community, placing the threat in the geo-political context of the constant conflicts in the region.
Interestingly, the samples used in one of the attackers’ campaigns seems to have been timestamped starting October 1st 2019, coinciding with the launch of the Turkish offensive into north-eastern Syria, code-named Operation Peace Spring. While there is no direct forensic evidence suggesting that the StrongPity APT group operated in support of Turkish military operations, the victim’s profile coupled with the timestamps on the analyzed samples make for an interesting coincidence. 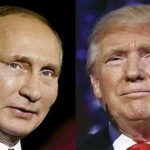