Ammaar Reshi was playing around with ChatGPT, an AI-powered chatbot from OpenAI when he started thinking about the ways artificial intelligence could be used to make a simple children’s book to give to his friends. Just a couple of days later, he published a 12-page picture book, printed it, and started selling it on Amazon without ever picking up a pen and paper.

The feat, which Reshi publicized in a viral Twitter thread, is a testament to the incredible advances in AI-powered tools like ChatGPT—which took the internet by storm two weeks ago with its uncanny ability to mimic human thought and writing. But the book, Alice and Sparkle, also renewed a fierce debate about the ethics of AI-generated art. Many argued that the technology preys on artists and other creatives—using their hard work as source material, while raising the specter of replacing them. 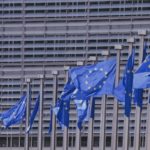