FBI has issued a ransomware Private Industry Notification (PIN) alert to K12 schools that some hacking groups will be trying to spread file-encrypting malware by exploiting RDP Connections in school systems. “There is a big amount of chance that schools might reopen for the next academic year with skeletal staff as most of them will […] The post Ransomware news headlines trending on Google appeared first on Cybersecurity Insiders .

“There is a big amount of chance that schools might reopen for the next academic year with skeletal staff as most of them will be opting for virtual education.  And as most of the K12 schools have limited resources to defend themselves against cyber attacks, the PIN alert was issued in time to help schools recruit professional security teams to streamline their defenses against threats of any range”, says FBI.

So, the US law enforcement agency is urging all school managements should be vigilant of such cyber-attacks and take necessary measures to prevent any digital damage to their institution’s critical infrastructure- especially when the COVID 19 pandemic spread is at its peak and there is no information on when the schools will reopen for the next academic year.

Meanwhile, LG Electronics is seen hitting the news headlines for becoming a victim of a ransomware attack launched by the Maze Hackers group. According to a post published by the Maze malware spreading gang, hackers reportedly managed to steal some of the data related to source codes, firmware, and software updates from the servers of LG Electronics before locking down the database from access.

Singapore based Cybersecurity firm Cyble Inc which does regular monitoring of dark web has confirmed the news and stated that the data it discovered from the dark web was related to LG Electronics and the source codes related to some of the products of the Electronics giant was being used by a world-renowned Telecom company. 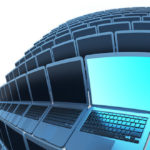 How COVID-19 Has Impacted Cybersecurity Teams