In a world in which data volumes will double by 2022 and again by 2025, emerging, data-centric technologies present a massive opportunity for Brexit UK. Chief among these is artificial intelligence (AI), an area in which Downing Street sees itself as governing a superpower. Britain has backed its ambition for world leadership in the field with a Sector Deal, a new National Strategy, a new Office for AI, new research institutions, and more – all excellent initiatives kicked off since the Brexit referendum in 2016.

However, as previously explored by diginomica, the reality is that while the UK has world-class AI expertise, academic excellence, and a thriving start-up scene, it is falling behind China – whose government can throw billions of dollars and overwhelming labor power at its own ambitions – and the US, which has hot-housed the Big Tech behemoths that dominate our lives.

Chinese official who gatecrashed meeting was a cyber spy for Beijing 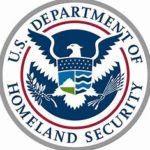