Raquel Urtasun, the former chief scientist at Uber’s Advanced Technologies Group, promised an “AI-centric approach” to autonomous vehicles when she founded her own company last year, Waabi. Now, she’s ready to deliver on that promise with the announcement of the company’s first product: a virtual world in which to test its autonomous vehicles called “Waabi World.”

Urtasun says she doesn’t want to rely on a large fleet of vehicles driving millions of miles on public roads and gathering data in service of training AI systems to drive better and safer than humans. That’s expensive, time-consuming, and ultimately doesn’t capture the seemingly endless number of edge cases that could confuse a self-driving vehicle. Urtasun claims that simulation is cheaper and more efficient than real-world testing.

“If you look at the status of the industry, one of the things that we’ve seen is that simulation is finally starting to take a more important role,” Urtasun said in an interview. “But there is still big gaps from current simulators to this ultimate simulator that will really enable self-driving to not rely on driving millions and millions of miles on the real world to really understand whether vehicles are actually doing the right thing.” 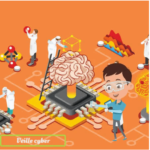