The landscape of programming languages is rich and expanding, which can make it tricky to focus on just one or another for your career. We highlight some of the most popular languages that are modern, widely used, and come with loads of packages or libraries that will help you be more productive and efficient in your work.

The world has been evolving at an astonishing rate, and a solid part of the credit for that advancement goes to the application developers. In case you haven’t noticed, application development has become all the rage in recent years.

Everyone is trying to get in on the application development scene as it offers some of the highest-payingṣ career paths, such as web development, data science, artificial intelligence, and more.

Don’t worry. We’ve compiled this list to make this choice as smooth as possible for you by going over some popular programming languages and their common uses.

If you’re planning to pick up a programming language in 2021, we’d suggest picking up something that is more modern, widely used, and has loads of packages or libraries.

In this section, we’ll go over some of the widely used programming languages that tick all the boxes that we mentioned above and share their uses as well. 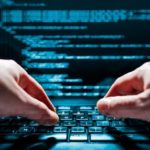