LIKE SEEMINGLY everyone these days, Moxie Marlinspike has created a non-fungible token (NFT). These digital chits use clever cryptography to prove, without the need for a central authenticator, that a buyer owns a unique piece of digital property. Alongside cryptocurrencies such as bitcoin, NFTs are the most visible instantiation of “web3”—an idea whose advocates and their venture-capital (VC) backers hail as a better, more decentralised version of the internet, built atop distributed ledgers known as blockchains. Digital artists, celebrities and even the occasional newspaper have issued and sold them to collectors, often for hefty sums (the immaterial version of The Economist’s cover image fetched over $400,000).

Although it looked cryptographically sound like any other NFT, however, Mr Marlinspike’s token could shift shape depending on who accessed it. If you bought it and viewed it on a computer, it transformed into a poop emoji. After a few days the NFT was taken down by OpenSea, a marketplace for digital artefacts. This played into Mr Marlinspike’s hands. For his aim was not to raise cash but to raise awareness. His token showed that NFTs are not as non-fungible as advertised. And OpenSea’s reaction illustrated that the supposedly decentralised web3 has its own gatekeepers. 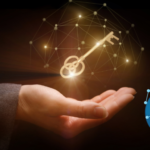