SoftBank Robotics America is deploying autonomous serving and cleaning robots to restaurants, as the industry faces a labor shortage

SoftBank’s vision is one filled with more robots.

The Japanese conglomerate has made a string of investments in robotics companies from cleaning to warehouses in the few years. Now it wants to bring robots to restaurants, which are facing a shortage of human workers.

SoftBank Robotics America, a subsidiary of SoftBank, has partnered with Gausium, a Chinese robotics startup, to expand its autonomous cleaning and service robots to the US. With the purpose of automating certain tasks, the Scrubber 50 Pro can scrub, sweep, dust, mop, and sanitize. The XI robot, which is equipped with three serving trays that hold up to 66 pounds altogether, can serve several tables at a time. Currently, a fleet of XI robots is being used in a 12,250-square-foot full-service food hall outfitted with nine restaurants in Orlando, Florida, according to the company.

The partnership comes as restaurants have been investing more in technology due to being short-staffed during the pandemic, whether that’s in the back of the house cooking fries or the front of the house delivering food to customers’ tables.

Robots as a solution to the labor shortage

In 2016, SoftBank Robotics America was launched to find a way to combine customer service with robotics. The company manufactured Pepper, a human-looking robot, which served as a receptionist in stores and offices. But the popularity of Pepper fizzled out, and the production of Pepper was halted in 2020. (SoftBank Robotics said it has sold that side of the business.) After that, SoftBank Robotics turned to commercial cleaning, which was facing its own labor shortage, and partnered with Brain, a company that makes software for autonomous mobile robots in 2017 to scale-up cleaning robots.

There are parts of jobs people don’t want to do, and that’s what robots are built for, said Brady Watkins, the president of SoftBank Robotics America. And unlike needing to interact directly with customers as was the case with Pepper, certain tasks in restaurants are consistent and can be automated away, such as delivering dishes from point A to point B. 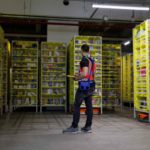 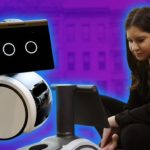 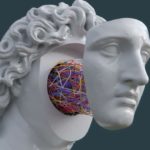 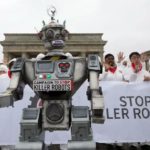