A handful of companies are pursuing airborne seeding, but there’s little evidence so far that the tactic will succeed.

LAST YEAR’S CASTLE Fire in California’s Sierra Nevada is estimated to have killed more than 10 percent of the world’s giant sequoias, the tallest trees on earth. Sequoias can live through many fires over life spans that last thousands of years; their bark is fire-resistant and they rely on fire to reproduce. But as climate change intensifies, wildfires are growing larger and more intense. According to state officials, six of the seven largest wildfires in California history took place roughly within the past year.

To help restore fire-ravaged forests and temper the effects of climate change, a handful of young companies want to scatter seeds from drones. At least three—Dendra Systems, CO2 Revolution, and Flash Forest—have pledged to plant a billion trees, or more.

But it’s not clear how effective drone-led reforestation can be. One study found that fewer than 20 percent of seeds dropped by drone take root and grow into trees. None of the companies contacted by WIRED would disclose how many trees they’ve successfully grown to date. 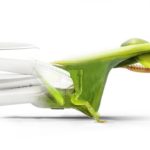