By acting like hackers, Google’s red team helps to keep the company safe from cyber threats. Here’s how.

Google is one of the biggest technology and software companies in the world, with over 150,000 employees and billions of users – and that status means it’s a high-profile target for cyberattacks.

Google knows it is a target – and has a team of security experts who are tasked with conducting their own attempts to break in, with the aim of helping to secure the company and its users from the latest cyber threats that might come from malicious hackers.

“The team essentially has the mission to make Google safer and more secure for our users, for Google itself and our infrastructure – and we do that by simulating threats and attacks that Google is actually exposed to,” says Stefan Friedli, red team tech lead and manager at Google.

The term ‘red team‘ originated in the military, where a designated team would take on the role of adversaries in a scenario designed to test how the defenders react. The term has found its way into the information security world and represents an authorized team using offensive hacking techniques to test the defences of a ‘blue team’ – the cybersecurity defenders. 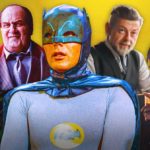