In the perpetual battle between cybercriminals and defenders, the latter have always had one largely unchallenged advantage: The use of AI and machine learning allows them to automate a lot of what they do, especially around detecting and responding to attacks. This leg-up hasn’t been nearly enough to keep ransomware at bay, but it has still been far more than what cybercriminals have ever been able to muster in terms of AI and automation.

That’s because deploying AI-powered ransomware would require AI expertise. And the ransomware gangs don’t have it. At least not yet.

But given the wealth accumulated by a number of ransomware gangs in recent years, it may not be long before attackers do bring aboard AI experts of their own, prominent cybersecurity authority Mikko Hyppönen said.

Some of these groups have so much cash — or bitcoin, rather — that they could now potentially compete with legit security firms for talent in AI and machine learning, according to Hyppönen, the chief research officer at cybersecurity firm WithSecure. 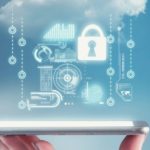 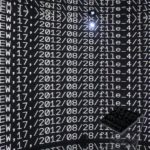 The Next Cybersecurity Crisis: Poisoned AI